Ready to move forward in your life and faith? Click here for some FREE goodies to get you going!
Home Personal Growth Amazing Grace

Time really does fly! It seems like the lenten season just began, and here we are in Holy Week. Holy week officially begins with Jesus’ triumphant entry into Jerusalem on Palm Sunday (the Sunday before Easter), and ends with His betrayal, arrest, trial, crucifixion, burial, and victorious resurrection the following Sunday morning!

It is amazing to me how one man’s death changed the course of history and humanity forever.

It is amazing that through the obedience of one man, the power of sin and darkness would be broken once and forever.

It is amazing that we received something so undeserved, something we didn’t even know we were in need of, all because of the unconditional love God has for us.

Honestly, I have no words and my mind can hardly comprehend. God’s grace is simply amazing!

“Amazing Grace” has to be one of the most well-known and most recorded hymns of all times. From sacred to secular, cue the refrain and people instantly recognize it and start singing along. It’s almost like a spiritual national anthem.

It was used in Star Trek Il to memorialize Mr. Spock’s death. Its lyrics can be found in the pages of Uncle Tom’s Cabin. Former President Barack Obama literally sang it as he eulogized the late Reverend Clementa Pickney. Mr. T even performed the waltz to it on the latest episode of Dancing with the Stars. insert wide-eyed emoji here:

But what is most concerning to me is the fact that because it is so popular in our culture-movies, marketing campaigns, and mass-produced t-shirts and keychains—the concept of grace can become a little less amazing and a little more cliché.

Could it be that “Amazing Grace” is more than just a song, and that the Lent and Easter seasons are not meant to come and go in the same way Cinco de Mayo and Labor Day do?

But God, being rich in mercy, because of the great love with which he loved us, even when we were dead in our trespasses, made us alive together with Christ-by grace you have been saved. Ephesians 2:4

Your salvation is only made possible through grace. And grace can only be seen in the cross.

“Amazing grace! How sweet the sound. That saved a wretch like me. I once was lost, but now am found, was blind but now I see.”

Being a “pretty good” person “most of the time” isn’t enough. It never has been, and it never will be. No matter how “good” you may appear to others, in the light of our Holy God, we are all “wretches” in desperate need of grace.

Grace is a need that cannot be cured just once, it must be available to us every second of every day.

Jesus didn’t just “forgive our sins.” A price had to be paid; the penalty had to be accounted for. A sacrifice had to be made. Our freedom cost something. So then,

God’s grace isn’t just a “helpful” or a “nice” gesture, it truly is amazing. It is the center of our faith. It is the foundation of our beliefs. It is our reason for living.

Take a minute to think about the magnitude of God’s love for you. Jesus in all humility remained obedient even to the point death, to fulfill a promise that would ensure that you would never have to be separated from the Father.

We were lost but He came and found us.

We were sold into sin but He ransomed us.

We were dead and He came and brought us life.

Jesus became the perfect, spotless sacrifice who conquered death and secured our eternal salvation. That, my friend, is amazing….

Our words cannot express the grace of God illuminated in the beauty of that old, rugged, bloody cross of Calvary. There simply is no greater love.

Greater love hath no man than this, that a man lay down his life for his friends. John 15:13

As you embark upon this Passover, Crucifixion, and Resurrection time of reflection, I implore you to never forget the sacrificial gift of grace so freely given to you and the love that was so lavishly poured upon you.

Jesus thought you were worth dying for.

Jesus is God’s amazing grace extended to humanity, how sweet that sounds! 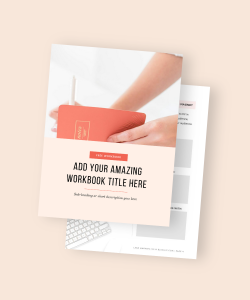 I’m Kerry and everyday I help ambitious women of faith break free of the limiting mindsets & uncertainty that keeps them from being in true alignment with that God wants from them.